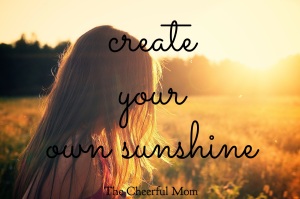 Monday’s have always gotten a bad rap. Everyone dreads them. No one looks forward to them like they do Friday’s. It marks the end of two days dedicated to doing whatever it is you wish. But it doesn’t have to be this way! Monday’s are a privilege. They are another opportunity to wake up and experience a glorious new day. I know you’re thinking..”How can I look forward to the daily grind?” There is nothing exciting about five days of the same old routine. I used to be like a lot of you. Watching the clock while the minute hand seems broken because you are certain this day will never end.

Several years ago, I worked as a mailroom courier at a local bank operations center. My day consisted of driving around to different bank branches and delivering mail as well as picking up other materials. I enjoyed this job very much because I got to see different people. But I knew this was not my calling. It was not what I was meant to do. It was however where I was supposed to be at that particular time.

While working there, a fellow co-worker of mine, an older gentlemen with big bifocals and Grandpa-like qualities, dubbed me “The Sunshine Girl”. Every afternoon for two years, this man would bust through the doors of my office and make hisself known by saying as loudly as he could, “There’s the sunshine girl!” It wasn’t until years later that I realized this mans kind demeanor went with him wherever he would go and his happy attitude was a ray of light all of its own. As I was sucked into the boring ho-hum of my work, this man brightened my day simply by spreading a little sunshine to whomever he came across.

About a year ago, I ran across my friend in the grocery store. Time had obviously taken a toll on him and his health had deteriorated tremendously. I went up to him and his sweet wife and the first thing he said to me was, “Hello Sunshine!” He still had a big grin on that old familiar face and his words warmed my heart. For it seemed while he was spreading sunshine in my life, I was also a small ray in his.

Yes, Monday’s are hard and we often feel as if a dark cloud is hanging overhead. But we must choose to shine wherever we go. Each day of the week is another chance to be a light in someone’s life and Monday’s are no exception. It’s an opportunity to embrace another day as a gift and do what the Lord has put us on Earth to do. So, choose to radiate sunshine today! It’s like medicine to the soul. And who couldn’t use a little extra Vitamin D?